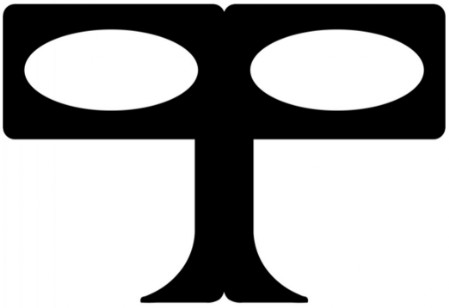 Progressive Players Gateshead
All the Plays
Welcome to this comprehensive listing of every play presented by the Progressive Players Gateshead amateur drama company since its founding by Ruth Dodds in 1920.
Originally inspired by the company's Diamond Jubilee Celebration Booklet published in 1980, this list also draws on information from the scrapbooks of Ruth Dodds, the Progressive Players photograph albums, playscripts, several internet drama database websites, and Maureen Callcott's biography of Ruth Dodds, Pilgrimage of Grace.
In the company’s early days it was common for plays to be performed at several venues, especially those written by Progressive Players members themselves. Ruth Dodds’ own work, The Pitman’s Pay, is a prime example of this. There are entries for each separate production for which we have rediscovered documentary evidence. Since October 1943 almost all productions have been performed at the Little Theatre, Gateshead.
One act plays have formed a significant part of the output of the Progressive Players, and these have been included in this list, as have the productions presented by the youth groups formed within the company over the years. Not included, however, are excerpts or sketches from plays, nor are performances for members-only audiences.
The plays are listed by year, in order of presentation. Clicking on a play title will link to a page dedicated to that play, which includes a brief synopsis. Character names are not included in the synopses, unless representative of actual historical figures.
Each play is also categorised by type. The system used is necessarily simplistic. Inevitably there will be some differences of opinion about what “type” a play is; whilst many Dramas and Thrillers have humorous moments, they are not regarded as Comedies. By the same token many Comedies and Comedy-Thrillers have their serious, even tragic, aspects. The intention has therefore been to show the overall flavour of the play, rather than get bogged down into numerous “sub-types”. The five types used herein are Drama, Comedy, Thriller, Comedy-Thriller, and Pantomime.
Following this is a production history for the play, with dates of performances. Plays receiving their very first showing will be so indicated by the phrase "Premiere performance". Precise dates of some performances, mainly during the society's first two decades, are unknown. Some entries will also include a short italicised comment or note of interest, such as details of adaptations, festival participations, and so on.
Accompanying most entries are thumbnail images of the play programme (showing the cast and production team lists) and one or more production photos. Clicking on a thumbnail will bring up an enlarged image. Unfortunately there are no photos or programmes from the 1920s!
Following the main listing are two A to Z indices, one for play titles and one for playwrights.
Unfortunately, a number of plays performed in the company’s earliest years have become rather obscure, so some information is still lacking. Research is ongoing, so watch this space! This is very much a work-in-progress with details of past plays being added as they are discovered.
We hope you enjoy browsing through this roundup of the legacy of the Progressive Players Gateshead.
Back to content